Justin has been pumping insulin since Thursday June 19.  It has only been 3 full days but we are loving it!!  Justin is just thrilled not having to get 3-4 shots a day!  He doesn't mind having the pump on him, he seems really happy about it actually.  He calls it his robot pancreas LOL!  Site changes and prepping the pump are super easy, I asked Justin if he wanted me to get the Dr. To give us a Rx for EMLA cream, and he said no, he's a tough guy & it doesn't hurt that much.

The first day his numbers were excellent, which surprised me because I was expecting crazy high numbers.  This weekend he's had some higher numbers, but when I bolus him 2 hours later his number is great.  So we'll see if the Dr. Adjusts anything on Friday.

We both LOVE the remote!!  He loves that he can hop up to the table to eat and I can bolus from the kitchen LOL  Its the little things :)  I love when were out eating I don't have to get out the insulin pen, He can sit across from me and get his dose.  Its really great so far!

Other than a few high numbers, its been smooth sailing for him so far!  He's enjoyng the freedom from the syringe & strict NPH eating schedule. 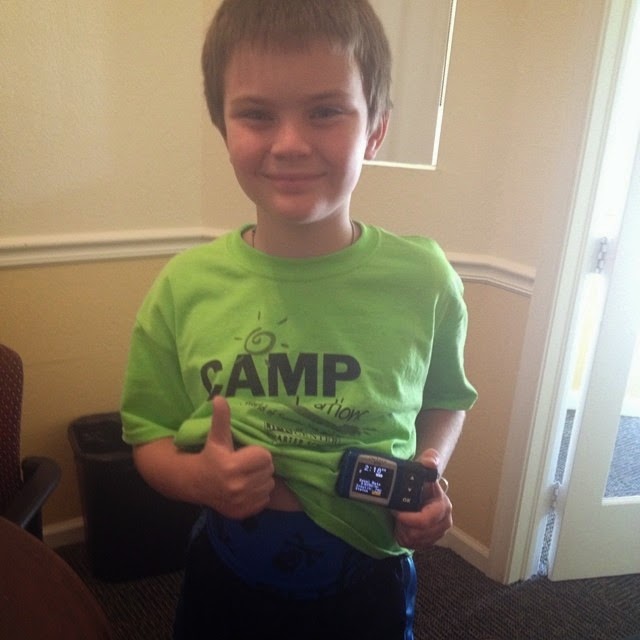 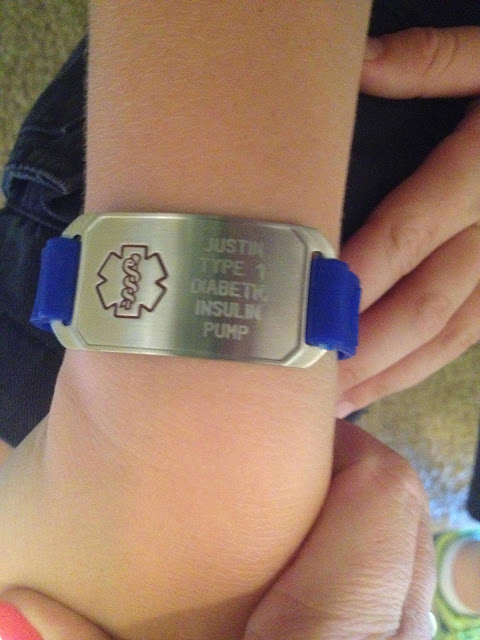