One year into this thing called Type 1 Diabetes

Today we are celebrating, not that Justin has Type 1 diabetes but that he has been amazing this last year.  He is our little hero, everyday he reminds me how tough he is!

When I first heard the term "diaversary" I was thinking why would anyone celebrate that?  But then I realized your not celebrating the fact that you or your child has diabetes, but that you lived another year and didn't let it stop you!  I knew I wanted to make this special for Justin, he has just been such a trooper this last year.  So I planned a trip to Legoland :)  He has been begging to go for a while now.....I kept telling him maybe for his birthday (which isn't until May) So we told him we were getting up early to drive to a new mall near Orlando....I told him there was a cool kids area to play in & he was super excited about that.  Oh boy was he gonna really be excited about the play area we were really going to :)

This video is when he found out what we really were gonna do for the day:

We had so much fun there, Justin kept telling us were the best :) 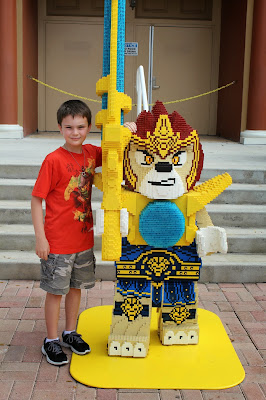 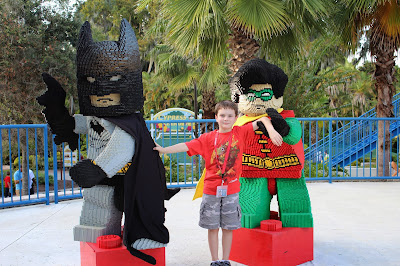 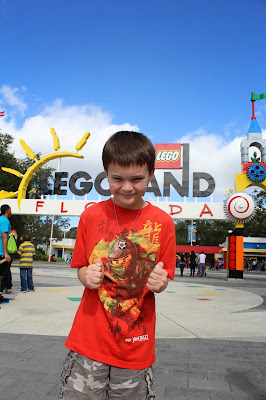 We also went to the Ford EcoBoost 400 again this year......we needed a redo & it was awesome!!  Last year at the race was when I knew with 99% certainty that Justin had diabetes.  I couldn't even tell you how many trips to the bathroom we made.  Our seats were in like row 30 or something like that, Chris and Justin would no sooner get back and he'd have to go again.  The moment that really just hit me, was when our friends came over to say hi, Justin could have cared less, he was laying on Chris so lethargic and not feeling good at all.  That's just not like him at all.  We left early because he just wasn't himself at all, the drive home took almost 3 hours.....it should be about 1 hr 45 minutes.  We kept having to stop to he could go. I never posted any pictures from that race, #1 we ended up at the hospital and that was the last thing on my mind & #2 when I did think about it afterwards, I realized how awful Justin looked....he was a skeleton!  :(  He fell asleep on the ride home, which now I know he could have easily went into a coma from his sugar being so high.  I know we didn't know, but looking back on how easily things could have turned really bad scares the crap out me!  I am so thankful that we have our Justin and he is doing awesome!  This photo makes me so sad, we didn't know but to think what that was doing to his little body :(


The day after that race I called his pediatrician, and we were being admitted early that afternoon.  I remember crying at the Dr's office, then I was fine all day until we got up to the floor and he was in a room, I was looking at him sitting in the hospital bed and I just lost it.  I know we need to be strong for our kids, but I couldn't keep it in.  In that moment Justin told me "Mom, come get some Justin lovin' I'm OK you don't have to cry"  He has been so strong!!!  Those next few days were some of the hardest days I've ever had, nothing can prepare you for learning that your child has a chronic lifelong disease.


These pictures are from this years "redo" :)  Awesome time, and we ran into the same friends & Justin was thrilled and they kept each other busy for 1 1/2 hrs waiting for driver intros LOL  Fun times!!!

Over the last year, I have found strength in myself.  I guess it's true that you don't know how strong you are until that's the only choice!

I look forward to sharing more with you over the next year.....Thank you for all the support!